Policy decisions for forest diversion during the COVID19 lockdown which potentially dilute the Forest Rights Act, 2006 (FRA) and undermine the decision-making authority of the Gram Sabhas have become a major issue faced by Adivasi and forest-dwelling communities.

FRA requires the completion of the recognition and vesting of forest rights and obtaining free prior informed consent of Gram Sabhas before diversion of forest lands. This is specified in the Ministry of Environment, Forests and Climate Change (MoEFCC)’s own 2009 guidelines,  the Forest Conservation Rules (2016), and also upheld by the Supreme Court in the landmark Niyamgiri judgement (2013). 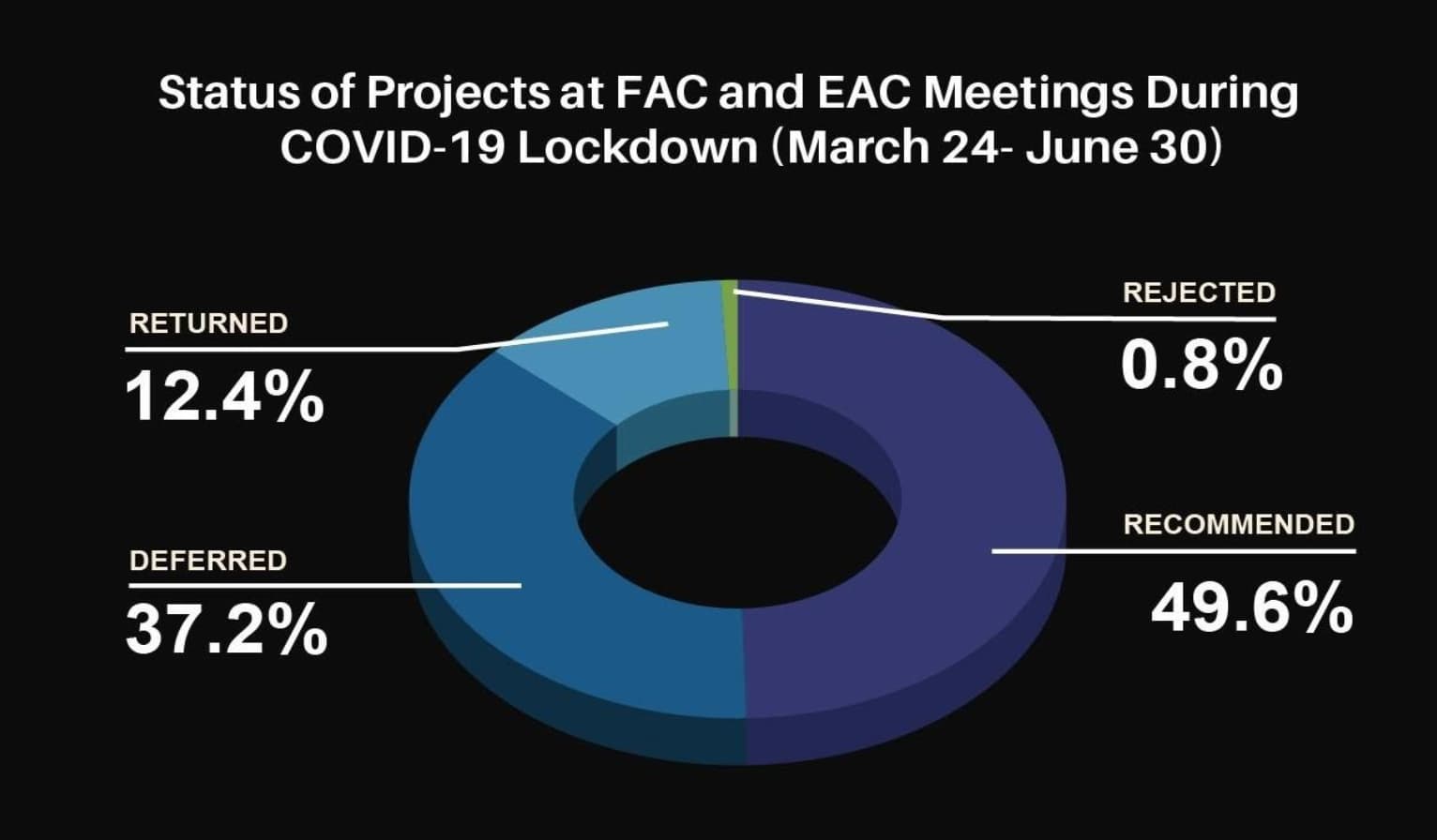 The ministry crammed what are usually day-long sessions of these committees into two hour video calls (although there is no provision for video call based clearances in Indian environmental laws), and gave speedy clearances without any field visits, basing their decisions only on reports submitted by the project proponents.

Furthermore, considering that many of these projects are located in Schedule 5 and 6 areas, the legal requirement of getting consent of the Gram Sabhas has been largely ignored. Over one 120 projects have received clearances, at least 30 in biodiversity hotspots such as the Western and Eastern Ghats, around Dehing Patkai Elephant Reserve, Bhagwan Mahavir Sanctuary, Gir National Park, Sharavathi Lion Tailed Macaque Sanctuary and others. Simultaneously,  during lockdown, MoEFCC released a notification for a problematic draft Environment Impact Assessment (2020), which amongst many issues dilutes the processes for public hearings and consent. 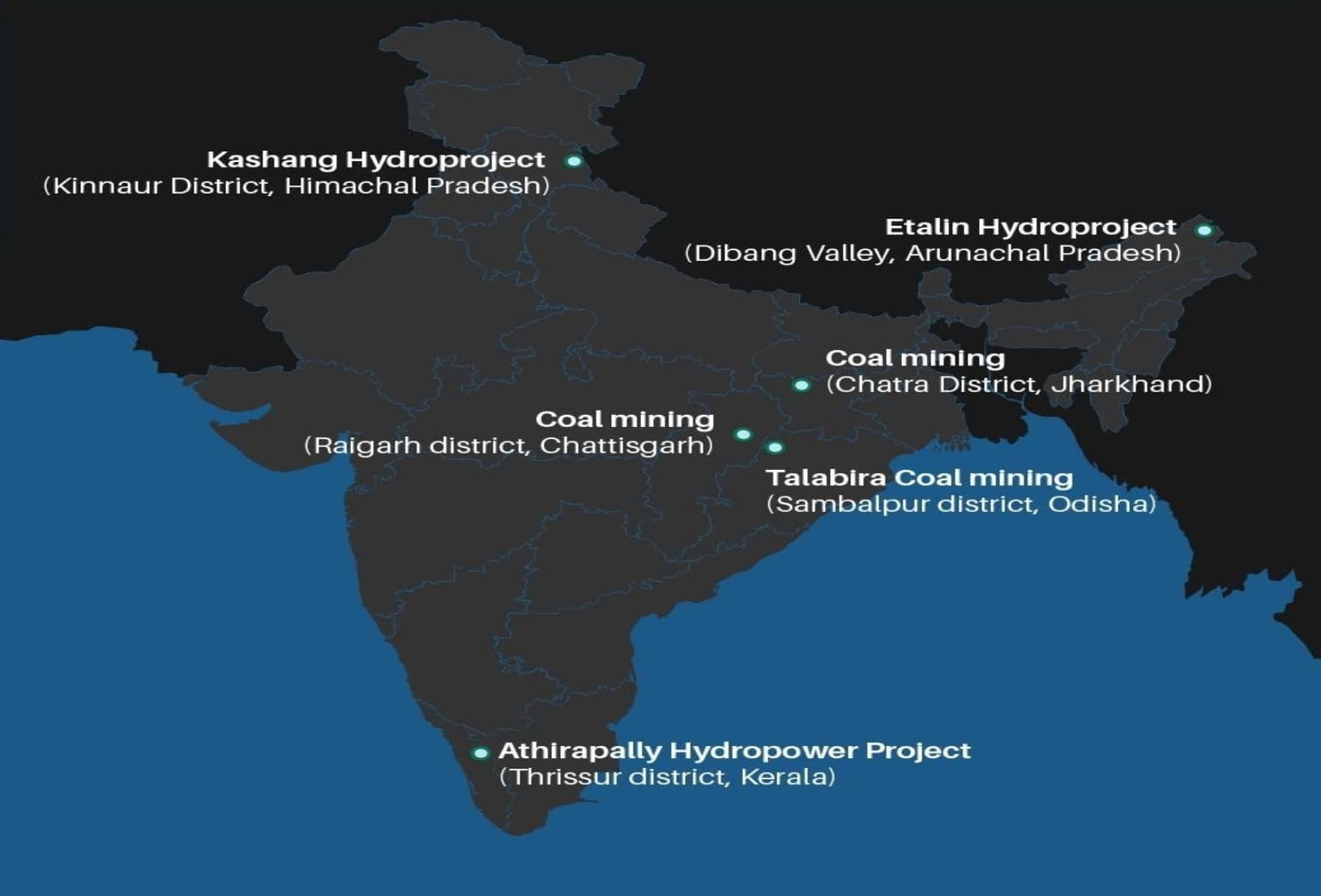 During the lockdown period between March 24th and June 30th, several new mega Hydro-power projects were proposed by the ministry and existing ones were resumed without any due clearances.

Subsequently, commercial coal-mining auctions have been launched despite the fact that the Mineral Laws (Amendment) Act (2020) lapsed on 14 May 2020. Meanwhile, mining continued throughout the lockdown period as “essential” despite resistance from community voices over forest rights violations for years.

In a 2 part series,  we feature voices of forest communities about their forest rights in the face of numerous diversions for hydropower and coal projects.

In part 1, we look at the diversions and violations in hydropower projects. In te next part, we will bring you voices of people from coal mining regions

The Etalin hydro-power project proposed in the Dibang river basin in Arunachal Pradesh, was discussed during the Forest Advisory Committee (FAC) meeting on 23 April 2020. The FAC minutes recognize that the area falls within the richest biodiverse province in the Himalayan region and under one of the mega bio-diverse hotspots of the world.

A total 1165.66 hectares of forest land will be diverted for this purpose and 270000 trees will be felled in the process for the construction of Etalin Hydro Electric.

A subcommittee of the FAC working to reduce area of forest diversion and make a conservation plan has also vaguely mentioned a plan to reduce the impact on local inhabitants by the use of additional livelihood opportunities and people’s biodiversity register.

While the FAC has received many representations against the commissioning and approval of the project, it is seemingly likely that the position of the sub committee may be accepted by the FAC. The FAC further forwarded this file to the Ministry of Power for further deliberations.

Sources on the ground (who prefer not to be named)  shared that it is quite clear that the communities in the North Eastern region, in this case Arunachal Pradesh, are being lured through compensation packages that are minimal in comparison to the immense value of community forest resources to give in and agree with the diversion of land and forests. This tactic, which is always deployed by the user agencies and the state to break the community, has resulted in animosity among villages and clans who are fighting for compensation.

There is an emerging pattern in Arunachal Pradesh, according to sources on the ground,  that non-implementation of FRA by the state government has made the situation more difficult for communities to defend their forest rights. Hypernationalism is also being used to ostracise any community members, often youth, who raise objections to this project.
Athirapally Hydro-electric project
Vazachal Village,
Thrissur District, Kerala 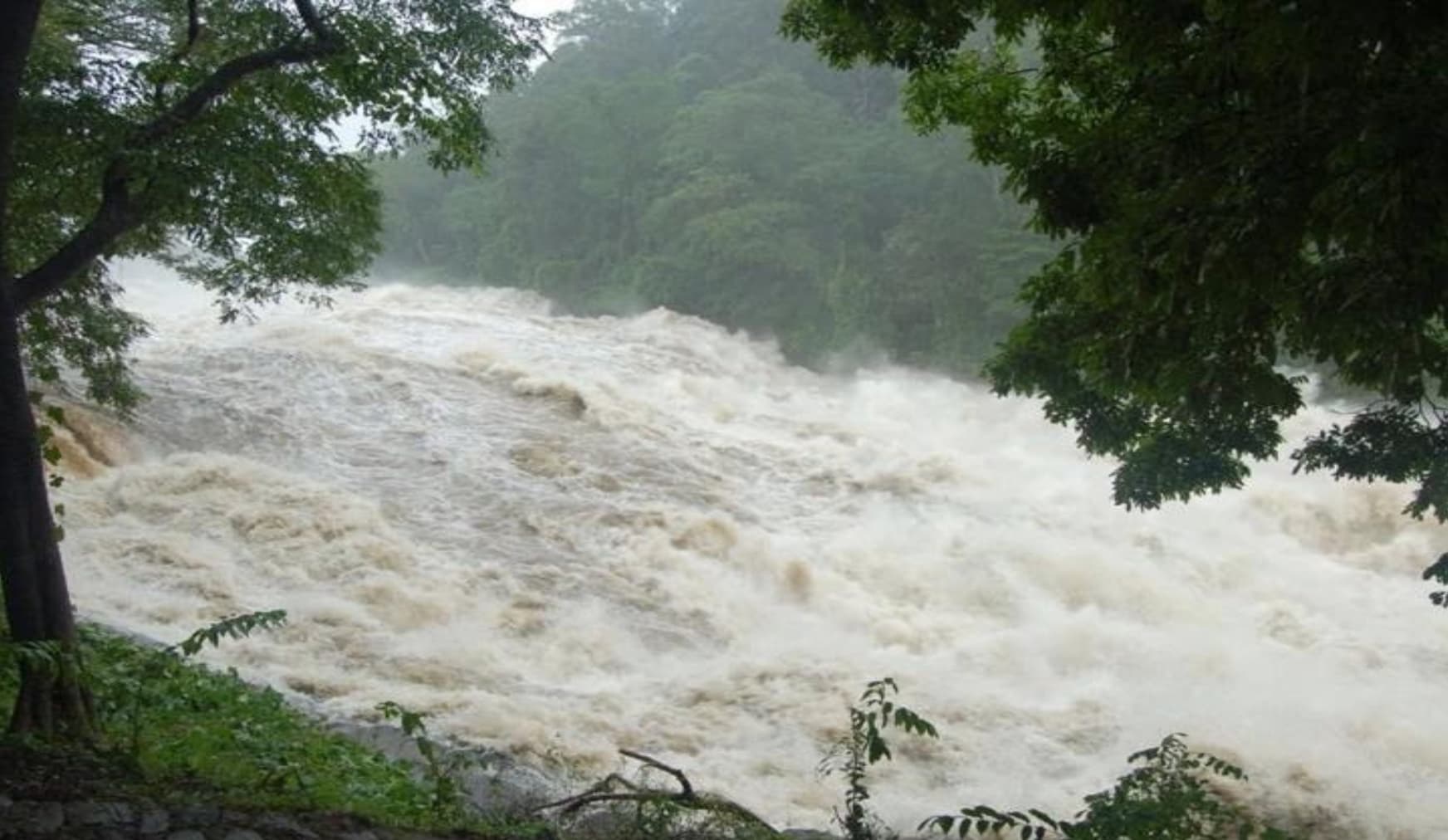 [The Chalakudy river already has 6 dams on it. Photo Credit: Amita Bachan]

Testimony of a member of the Chalakudy Puzha Samrakshana Samithy

The Athirapally hydro-electric project has been a looming threat for the Particularly Vulnerable Tribal Group (PVTG) Kadar community living in Chalakudy river basin ever since the 1980s. Since the  Community Forest Rights (CFR) were legally recognised in 2012 and the entire river basin was part of their CFR map, people felt that they had victory on their side.

However, during lockdown, Kerala State Electricity Board (KSEB) approached the Kerala government to get an NOC to go ahead with the hydropower project. The Kerala Chief minister issued the required techno-economic sanction without a discussion in the cabinet.

The gram sabhas of the Athirapally region completely oppose this project, and the project has received criticism from Western Ghats Expert Ecology Committee as well.

There are 6 other dams already in this river basin, which falls in the Annamalai landscape of the Western Ghats and is home to 24 Kadar settlements with a total population of 1994 people.  Most families have already lived through rehabilitation in the past.

70% of the forests were already destroyed by the course of colonial forestry, tea plantations, timber and teak forest and the construction of massive dams leaving the Kadar people with merely 8% intact of forests. The Athirapally project threatens to destroy 28.5 hectares of riparian forests.

Communities here depend on the river for fishing and the forests for Minor Forest Produce (MFPs) such as black dammer, honey and wild ministika.

Eight Kadar settlements will be affected by the Athirapally hydro-electric project, of which Pogallapara settlement would be submerged and Vazachal would be located only 400 metres from the construction site (while the documents submitted for clearances falsely said it is 5 kms. away). We have  organised ourselves as the Chalakudy Puzha Samrakshana Samithy, a large people’s front of 45 diverse organizations, to raise our voices against the project.”

Testimony of a village leader of Vazachal

We are not ready to go forward with the Athirapally project, our ancestors have struggled and taken care of these lands.

The forest officials never consulted us while going forward with the project. Despite our community forest rights being legally recognised, we are still not consulted.

Our ancestors were also relocated due to construction of projects, receiving no compensation. There are already six dams here, why do they want to construct another one?

If they construct this dam then everything will go away. We cannot move to any other place. Our entire community is dependent on the forest, and during coronavirus lockdown going to the forest has been important for people. This project is a torture for us. We are Adivasis and we suspect they are harassing us for this reason. Even the workers for this project will come from outside, and our village will no longer be safe and secure.

In the past as well, we have opposed projects and have filed cases in court. This time we are planning the same. We usually have a monthly gram sabha to talk about our forest rights. Ever since the lockdown, we could not conduct meetings and I have been unwell. I know that there has been a gram sabha to discuss Athirapally project in Pogallapara , where twenty-six families live just 400 m from the site and could be submerged.

Our forest management committee has tried to have a dialogue with forest department officials, however they refuse. We feel that the government is trying to break our community.
Kashang Hydro-electric project
Lippa Village
Kinnaur District, Himachal Pradesh 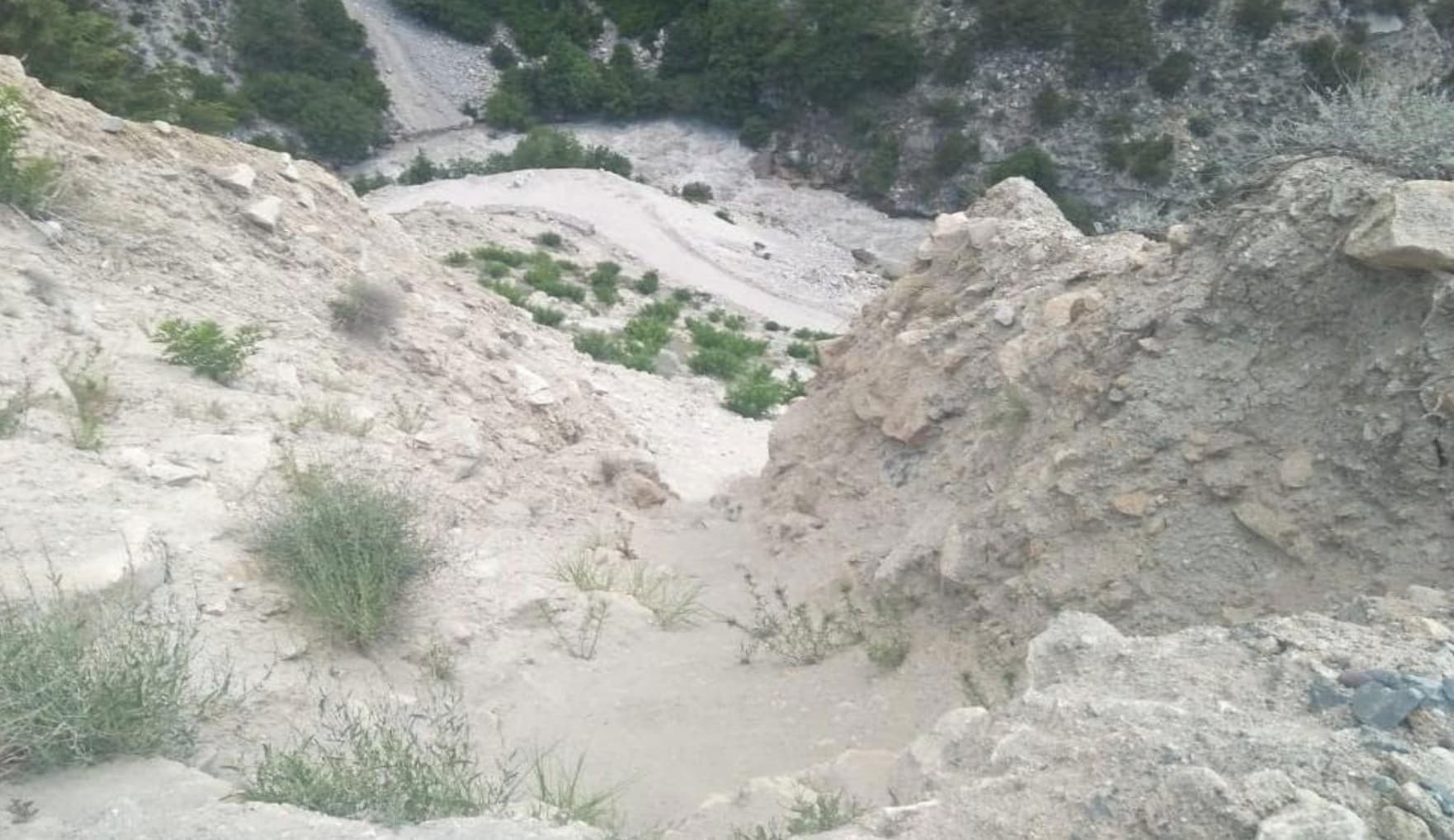 The Ministry of Environment, Forests and Climate Change had granted an Environment Clearance to the four stages of the project back in April 2010 with the condition of a 10 year validity. Only stage one of the project has been completed. The Himachal Pradesh Hydropower Corporation Limited is seeking an extension of the validity of the Environment Clearance from the MoEF&CC Expert Appraisal Committee, which came up for discussion on June 23 2020. More than 1,000 people signed a petition against the extension of the Environmental Clearance.

Our Kannaura scheduled tribe community has been protesting the Kashang hydro electric project for close to a decade.

The National Green Tribunal in 2016 stated that this project cannot proceed without an NOC from our community. Our community forest rights were legally recognised in 2018, and the 61 hectare forest land on which the project is located belongs to us and we do not consent to this project.

Yet, the government leased out lands for the hydro-electric project and since 2019 has started work. Earlier, our gram sabhas would be united and prompt in our protests against this hydro-project.

Yet, during the  lockdown there were tenders given out for work and many youth from our villages have taken up employment in the project. Also, due to the lockdown, which came soon after a long winter in Kinnaur, we have not been able to gather as our gram sabha. It is increasingly difficult to come together in opposition to this project.

There are many difficulties that are associated with the project namely that almost 70% of my community in Lippa village where the project is being constructed depends for livelihoods on apple and apricot orchards, forests and farms. From the forests we collect grass and firewood, and also harvest  chilgoza pine nut, black jeera and gucchi mushrooms. We don’t get heavy rain here and therefore we depend on irrigation for farming. Due to blasting from the project, natural springs will vanish and we will lose sources of water. Our farms and orchards will dry up.

One more difficulty is the diversion of  Pajer Khad, the main river, for the project. There are huge boulders in this khad, and there has been a lot of flooding as well as washing away of land. In April this year, one person was killed due to a landslide.

If the project proceeds, then the entire village will get submerged. We do not have an option of settling somewhere else also.

We now have a feeling that this project is proceeding as an “without papers” affair and they will do their work and go. Our people are in fear because the police put pressure on us and now even after fighting for almost ten years in the streets and courts, they do not agree to our demands. On another piece of our community forest, the army has built occupied lands and when we protest the police suppresses our voices.

[These stories are collected and compiled by an independent group of researchers and advocates for forest rights. They can be contacted at vanadhikarmedia@gmail.com Republished with their permission with minor edits] 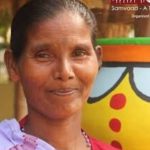 Anna Kujur (53) is a fearless Adivasi leader from the Sundergarh district of Odisha. Sundergarh… 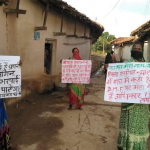