Neeta (name changed), a cane cutter in one of the many sugarcane farms in Beed district of central Maharashtra, was only in her early 30s when she was forced to undergo a hysterectomy.

Her menstrual period was a difficult one with severe pain in her abdomen that lasted several days. Her flow was heavy and she also had severe itching and foul odour in her vagina. On the fields where she worked, there was no place for her to change the basic cloth pads she used during her menstrual period. After months of unbearable pain, Neeta decided to forfeit a day’s wages and pay a fine of Rs. 500 to visit the doctor at the nearest private hospital. Cane cutters work without a weekly day off in Maharashtra and are forced to pay a fine for taking a holiday.

The doctor warned that her condition could lead to cancer and advised her to get a hysterectomy. Since she already had two children, Neeta agreed to the procedure which cost her the entire season’s earnings from cane cutting. Four days after her surgery, Neeta was back on the sugarcane farm. The hysterectomy left her weak and hardly able to carry on the labour as she once did. She felt she had aged faster.

Neeta is not alone. 8.6% of women cane cutters in Maharashtra have had hysterectomies in 2019, according to a new study of 1042 women cane cutters across 8 districts by Mahila Kisan Adhikar Manch (MAKAAM), a nationwide civil society network advocating for the rights of women farmers. This is higher than the state average of 2.6% as data from the latest National Family Health Survey NFHS (2015-2016) show.

“The price for a hysterectomy can range anywhere from Rs.25,000 to Rs. 30,000 in government institutions and 1 lakh in private institutions. However the cumulative loss for the family can easily be over a lakh.” explains Seema Kulkarni, a national facilitation team member at  MAKAAM.

“Many times, the woman has to visit a doctor several times when the doctor will give a pain killer or a saline drip to the woman. When the problem persists, the doctor recommends the hysterectomy. When complications arise during the procedure, the family is forced to pay an additional amount. The doctors in the regions loot the patients and they need to be punished”, she told Behanbox.

The reality of forced hysterectomies among women sugarcane cutters in Maharashtra, first published in the Hindu BusinessLine, has forced the state government of Maharashtra to set up a fact finding committee in 2019 chaired by Dr Neelam Gorhe, the former deputy Chairperson of state legislative council. The report is yet to be made available in the public domain.

However, women cane cutters, especially from Dalit, Backward Castes and Denotified Tribes face several forms of exploitation beyond the hysterctomies.

The Debt Trap and Gender Gap

Cane cutting is hard work, undertaken usually by landless migrant workers predominantly from Vanjari nomadic tribe communities who migrate from the eight districts in Marathwada and some districts in central Maharashtra.

In Beed, the district with the highest sugarcane cutters in the state, a couple locally known as a Koyta  (a sickle used for harvesting the sugarcane crop) or a single woman known as a ‘Aadha Koyta’ (Half a sickle)  are hired by the local contractor known as a ‘Mukadam’ who pays them an advance.

“For a season, which lasts for six months beginning in November, the family is paid an advance of Rs. 50,000- Rs. 60,000 depending on how well the sugarcane crop has done that season” Seema Kulkarni told Behanbox.

The farmer couple work twelve to fourteen hours without any weekly days off. The cane cutters are expected to harvest and load two tonnes of cane everyday.

“This advance that the contractor pays the couple is essentially a form of a trap. If the couple takes a day’s leave, they are forced to pay a fine, anywhere between Rs. 250 or Rs. 500” said Kulkarni. “Because of this, they work 12-14 hours shifts even during illness. This has greatly compromised the health of the sugarcane cutters”, she added.

“Most of the sugarcane cutters are landless labourers who migrate from drought prone regions like Marathwada without not many alternative forms of livelihood. MNREGA in the area has completely failed them. Many do not even know of the scheme” said Kulkarni.

63% of the women surveyed by MAKAAM in their study are landless who depend on local money lenders and other informal sources who are usurious. Cane cutters earned less than Rs100 as daily wage, which is less than the minimum wage (Rs 206) under Mahatma Gandhi National Rural Employment Guarantee Act (MNREGA) in Maharashtra, found the study by MAKAAM. Their total earnings for the season is less than the advance offered by the contractor. Only 19% of women cane cutters said that they were able to pay off the entire advance.

Cane cutting, while offering them an advance, perpetrates the spiral of debt.

Women cane cutters while performing the same agriculture labour as men do not have control over their wages.

“The woman never really has any bargaining power in the entire exchange. The contractor makes a decision about the payment and the money goes solely in the hands of the men”, Kulkarni told Behanbox.

Additionally, they perform unpaid labour at home after their work on the farms.

“This unpaid labour is often ignored in conversations about sugarcane cutting. However it is important to acknowledge the women’s unpaid labour and the impact that it has on her body”, said Kulkarni.

In recent years, women cane cutters have been negotiating with the contractors to receive at least  half of their income themselves.

Pushpa (name changed), was cutting cane in her eight month of pregnancy when her water broke. She had been having an uneasy time but could not afford to take a day off without forfeiting her daily wage. She was rushed to the hospital for an emergency labour. Her son, born premature, survived for 8 days only.

Pushpa and her husband barely had the time to grieve the loss of their child before they returned to their jobs on the field.

MAKAAM’s study found that 43% of the pregnant women were engaged in sugarcane cutting till the ninth month of pregnancy.

“These women do not have access to any of their basic legal rights such as the Maternity Benefits Act. Most of the women do not receive any antenatal care or postnatal care. Some of the immunisations of the children get done because of the efforts of the ASHA workers”, said Seema Kulkarni.

Lack of proper medical facilities for the migrant cane cutters has meant that the burden of healthcare falls on the Accredited Social Health Activist (ASHA) workers, a cadre of voluntary community health professionals.

“One of the main problems is that there is a lot of misinformation being passed about health in the region. There is no understanding of the menstrual healthcare needs” said Kulkarni.

Child marriages are rampant among women sugarcane cutters  which is linked to the intrinsic intergenerational poverty.

“Most of these women are third generation sugarcane cutters who accompanied their parents to the field. In many cases, the parents leave their children in government run hostels or shelters, and pay a small sum of money. However parents are very scared to leave their girls for fear of assault” said Kulkarni.

MAKAAM’s study found that 22% of girls who had abortions were under the age of 18.

There have been some positive developments since the issue of hysterectomies among women cane cutters received media attention.

“For starters, the Government is making an effort to document the numbers of sugarcane workers in the region. Secondly,  importance is being given to provide maternity benefits in some areas”, said Kulkarni.

Government regulations have also ensured a sharp decline in hysterectomies in Beed district. However, many women cane cutters are now moving to other districts to get hysterectomies. This has also had a reverse effect where women who really need  hysterectomies are being denied, said Kulkarni.

MAKAAM and other civil society organisations have called for a stricter enforcement of Maharashtra Clinical Establishment Act (CEA) to prevent unnecessary hysterectomies. They are also demanding antenatal care and prenatal care with proper gynaecologists.

[Nikita Chatterjee is currently doing Masters in Development Studies from Azim Premji University. She has a keen interest in writing on social movements in rural India] 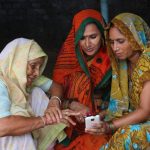