Jagadevi, a seasoned elected woman representative, is currently serving as a ward member of the Chittawadi gram panchayat in north-east Karnataka’s Bidar district. She has been an active member of rural local governance since 2010 and has also held the office of sarpanch (president).

Before running for office, Jagadevi fought for better farm wages for herself and other women farmworkers. The women began to see her as a leader who dared to articulate their issues directly. They urged her to contest the gram panchayat election in 2010.

“And then started my long tryst with gram panchayat administration and rural governance,” she said.

For Jagadevi, accountability, transparency and inclusion are key to being a good leader. “I have adhered to these values all my life as a public office holder regardless of the position. I am answerable.”

This is precisely the reason why people have voted for her time and again. But despite having served as a long-time panchayat member, she continues to face many challenges.

“One is constantly being judged and questioned for every decision made. I have learnt to navigate it, and it has become slightly easier with each tenure. But as an elected woman, one is never off the hook. One has to be on their toes, be available.”

A major challenge was to fight corrupt officials and the general complacency of the administration. She has faced roadblocks from senior officials to peons and clerks regarding education, health, or infrastructural development. Despite that she has challenged the status quo and held people accountable.

It has been an arduous, intense, but in hindsight, also a rewarding journey, she reflects. As is often the case, people had written her off in the beginning. Some people genuinely believed that as a woman she could not do this job.

“They would say things like being a woman would make me more vulnerable to violence in politics. If anything, my gender is an asset, not a liability. Our (women’s) presence makes a difference. Other women feel safe and empowered to come forward with their issues.”

Jagadevi has always kept the interests and needs of her community in mind when approaching issues to ensure that the most vulnerable are not left behind.

A clear example of that is her addressing the needs of pregnant women visiting the local government hospital, which was dysfunctional in many ways. Her proactive steps to hold the doctors and other hospital workers accountable have improved the quality of health checkups.

“Earlier, every second woman was told she needed a cesarean delivery which cost INR 15,000 (USD 200). I raised my concern about the hospital administration’s corrupt practices and holding women hostage to costly procedures. Now things are better, and people know that if the hospital tries to harass or scam them, they will have to deal with me.” 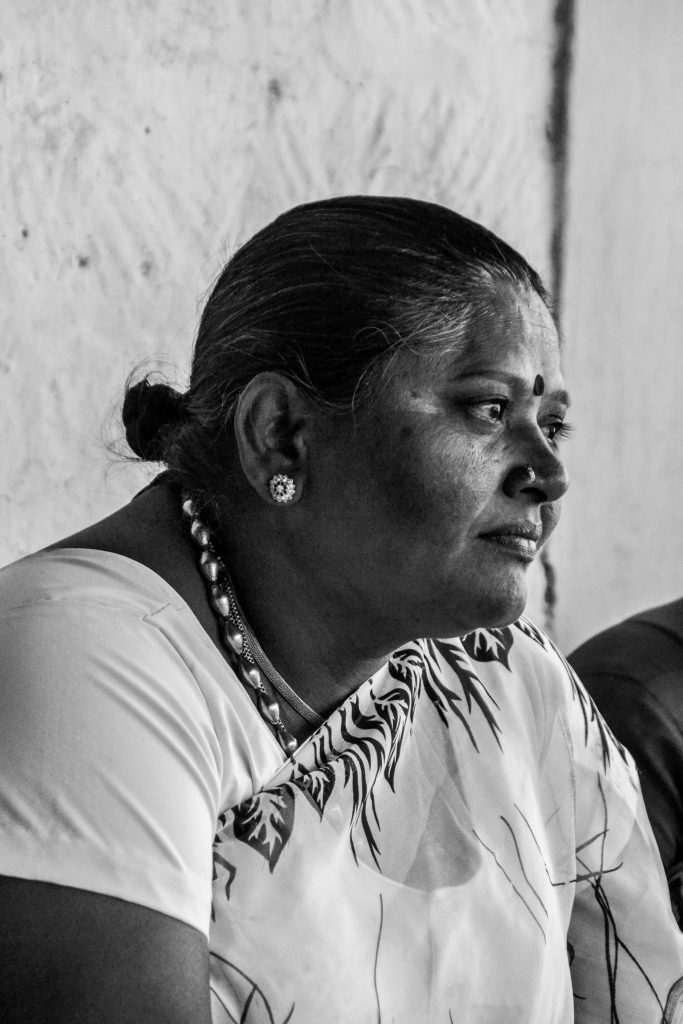 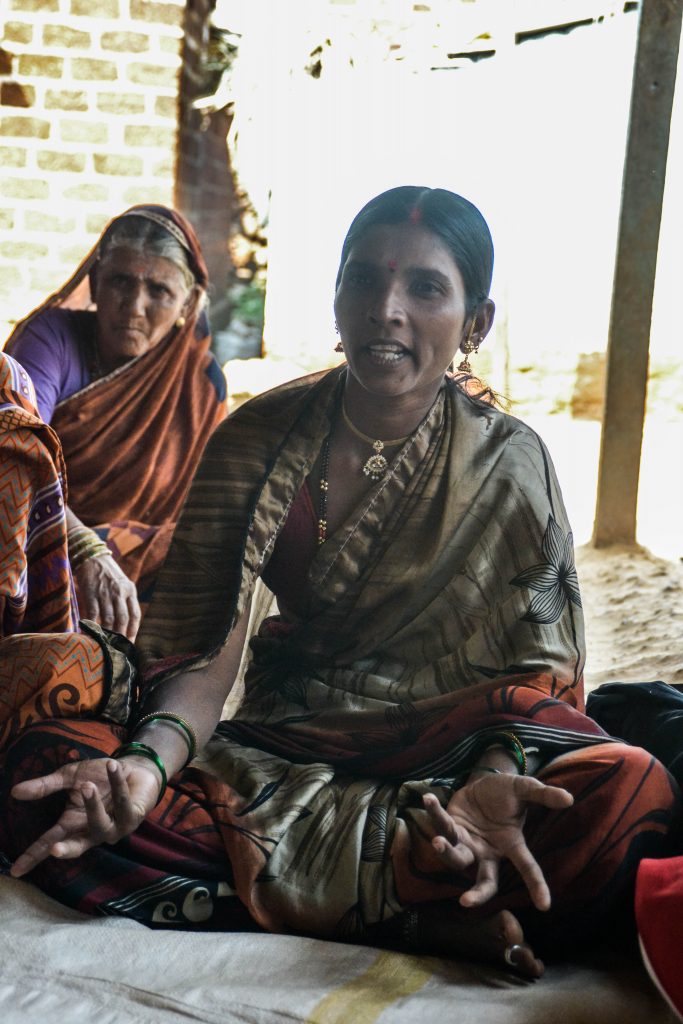 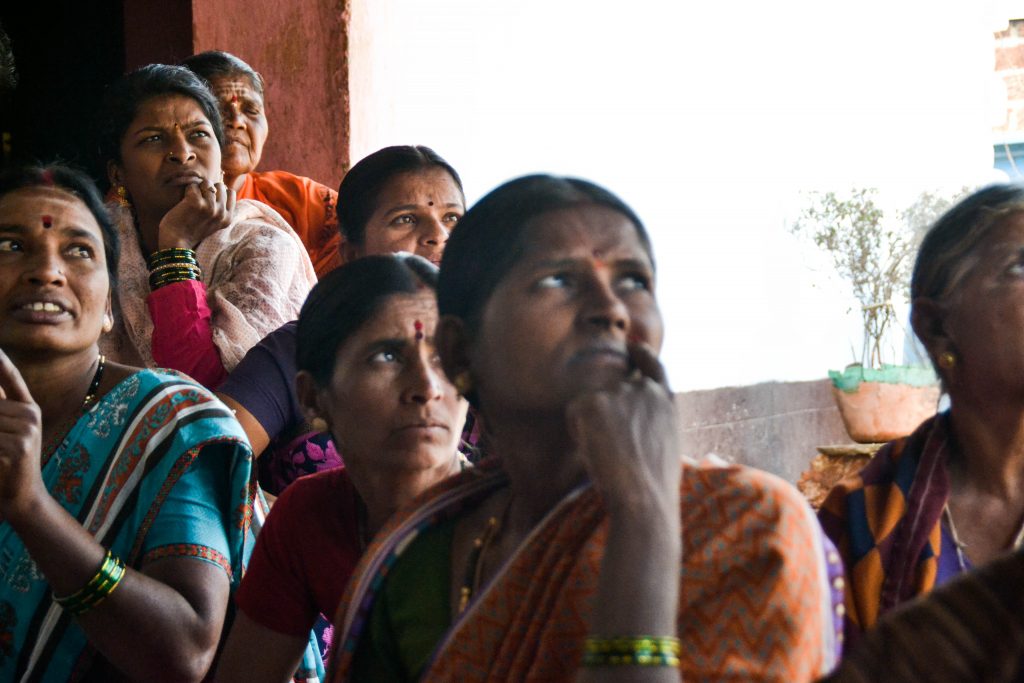 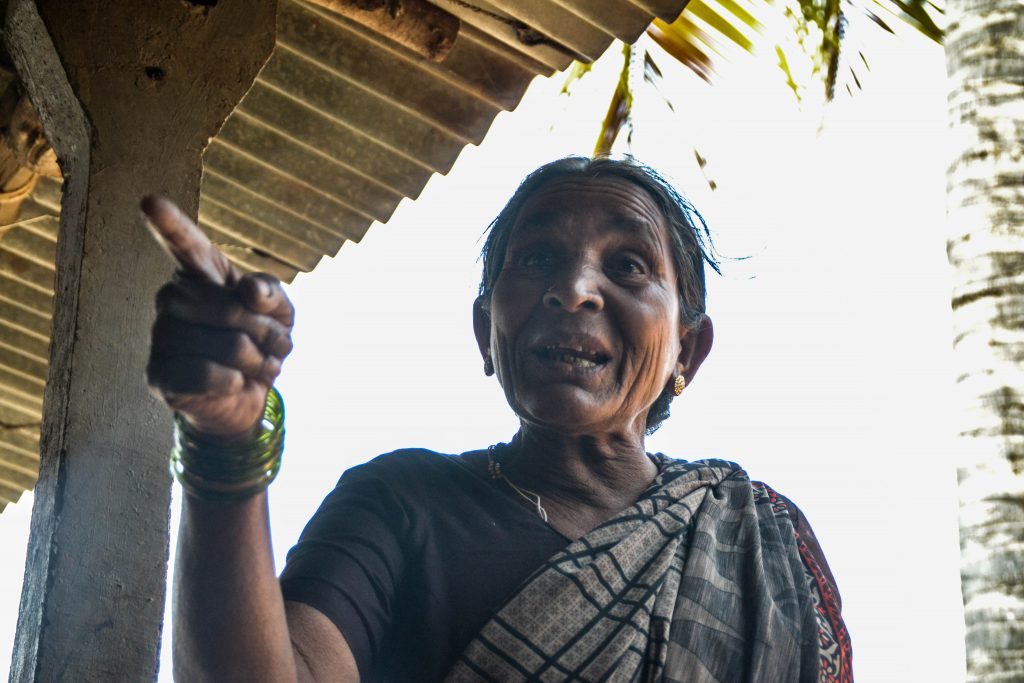 Jagadevi listening to the concerns of Jagruk Vedike members at a meeting.

Members of the Jagruk Vedike, a joint collective of elected women and women citizens, have known Jagadevi for the past five years. Whether it’s addressing child marriage, which has reduced considerably because of her timely interventions, or resolving domestic violence matters, or accessing social security schemes, she has transformed many things. Jagadevi’s relentless will to drive real change, not just a cosmetic change, makes her a distinguished leader, according to them.

“It is because she listens without judgement and creates the space for others to participate,” says one of the women. “We feel more enabled as citizens to ask difficult questions. We feel heard. We feel seen.”

“People’s trust in me has played a huge role in my decision to contest every election cycle. My track record certainly fuels my confidence and determination to continue as long as I can.”

Jagadevi demonstrates how elected women can and have leveraged their mandate. From constructing hand-pumps to roads to petitioning senior panchayat officials for better healthcare and education facilities, filling out forms for old-age pensions, checking rolls of MGNREGA (Mahatma Gandhi National Rural Employment Guarantee Act) workers, she has fought for people’s fundamental rights. And whether in office or not, she remains “committed to doing politics the right way.”

In the next five years, she hopes to achieve a lot more. She lists pending tasks – a separate storage building for food grains closer to the ration shop; land for a Christian burial ground; a community hall for the SCs (scheduled castes); toilet provision in the two anganwadis (crèche centres) in the village; and more livelihood opportunities for men and women (as the pandemic has pushed many into severe economic hardships). 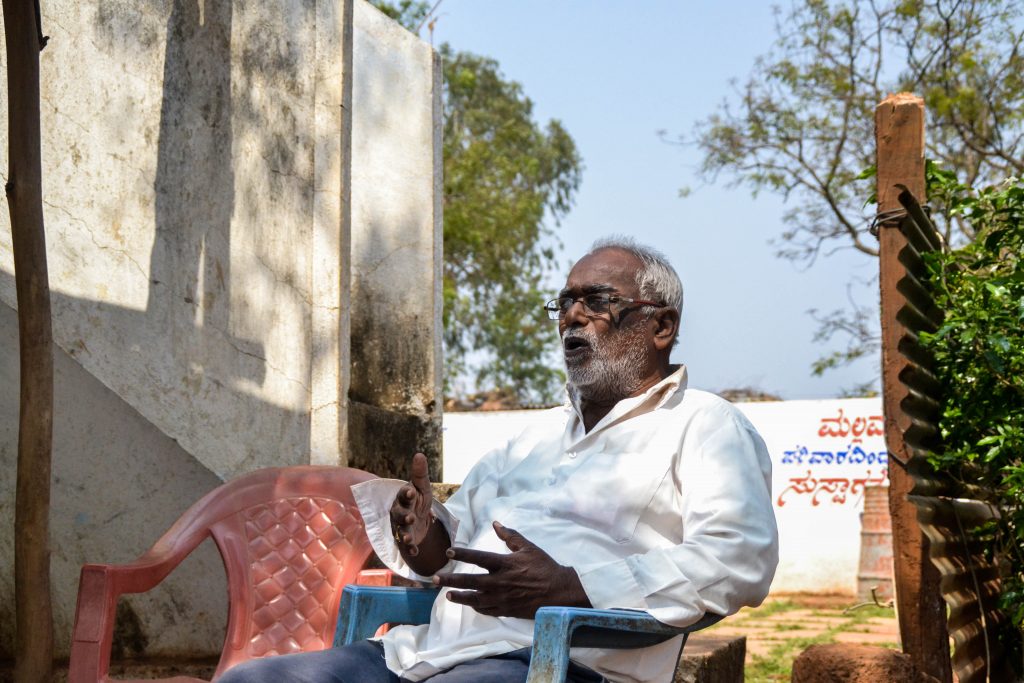 “This panchayat is quite diverse in terms of communities and castes, but Jagadevi has always made sure that all voices are heard. She stands by the vulnerable even when other authorities have failed to do their job. She gives us hope, and for us, that is a mark of a conscious political leader,” said Saad.

“Part of my time is devoted to ensuring that the funds are released by the authorities and indeed reach the intended communities. Another part goes into monitoring different development projects. A considerable fraction of my time is spent requesting the assistance of senior officials in getting things done. Bureaucratic obstacles will continue. I may not be school-educated like others, but the last ten years have been an education of sorts. And I hope to build on my learnings and experience,” said Jagadevi.

Jagadevi aspires to contest the block level panchayat elections next in 2025.

Her leadership is a potent combination of perseverance, poise, and possibilities, which in turn shapes her resilience in the face of backlash.

When asked what the one thing she has achieved (past or present) that would mark her legacy, Jagadevi recounted her concerted efforts to ensure that the Muslim community, who had been asking for a cemetery, had access to their own resting place.

“The number of Muslim households may be the same as those of Hindus in the panchayat, but the voices of the former remain ignored. Similar issues afflict the small minority of Christian and Dalit households. Given such complex dynamics, it becomes imperative that inclusion becomes a priority, that each of the marginalised communities enjoys their right to dignity. This will be my legacy. What else does it mean to be a leader,” she added.

[In 2020, THP India undertook an elaborate photo project of visualising women’s representation and participation in local governance. The six-part series includes profiles of women candidates and elected women representatives refusing to bow down to the status quo. The work is currently on display at the Museum of Ethnography, Stockholm, Sweden.]