For Khublata Regar (31), a Dalit woman, the decision to run for the office of the Sarpanch (president) in the Gram Panchayat elections in Potlan in Rajasthan was a big one.

A former national-level hockey player and a teacher, Khublata, contested the elections despite the prevailing gender and caste politics that leave little to no space for women to step into the public and politics.

Khublata’s journey to run for the political office started when she was selected as a cluster coordinator for the Rajasthan Grameen Aajeevika Vikas Parishad (RGAVP), an autonomous society set up by the Rajasthan Government to empower the rural poor of the state through economic opportunities. Within a year, she helped set up 44 self-help groups (SHGs) for the women in the panchayat.

At RGAVP, she worked closely with 700 women from different villages. Apart from mobilising, she was responsible for managing women’s finances in these groups, ensuring they received loans, pensions and any other benefits they were entitled to under government schemes.

As a result of her engagement with SHGs, Khublata became a passionate advocate for women’s rights. She believed that holding a formal position would give her the power to effect immediate change. 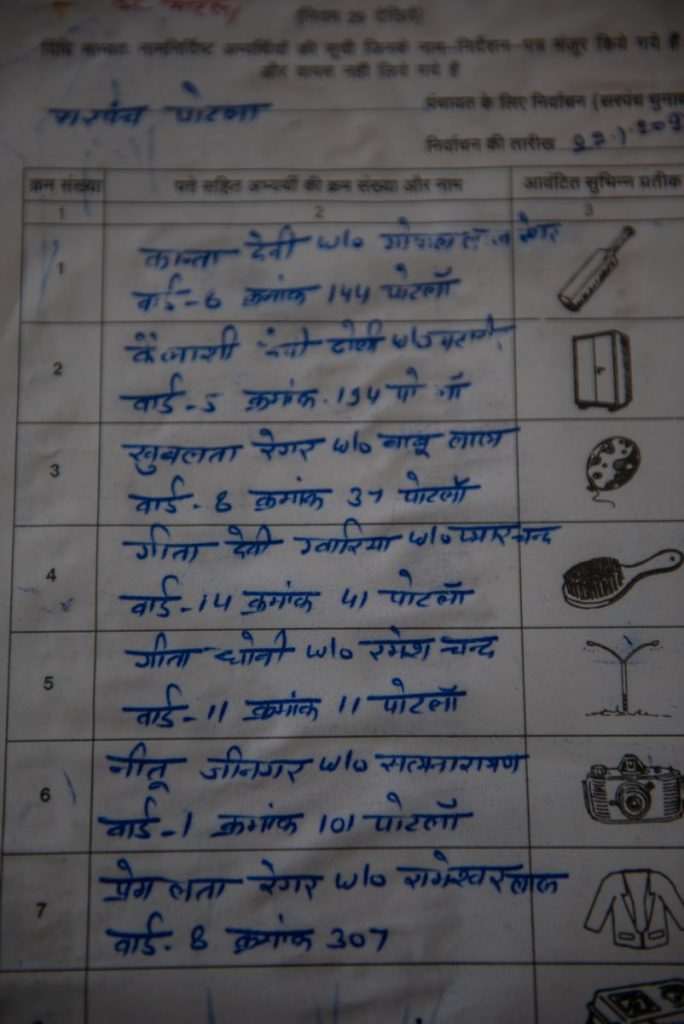 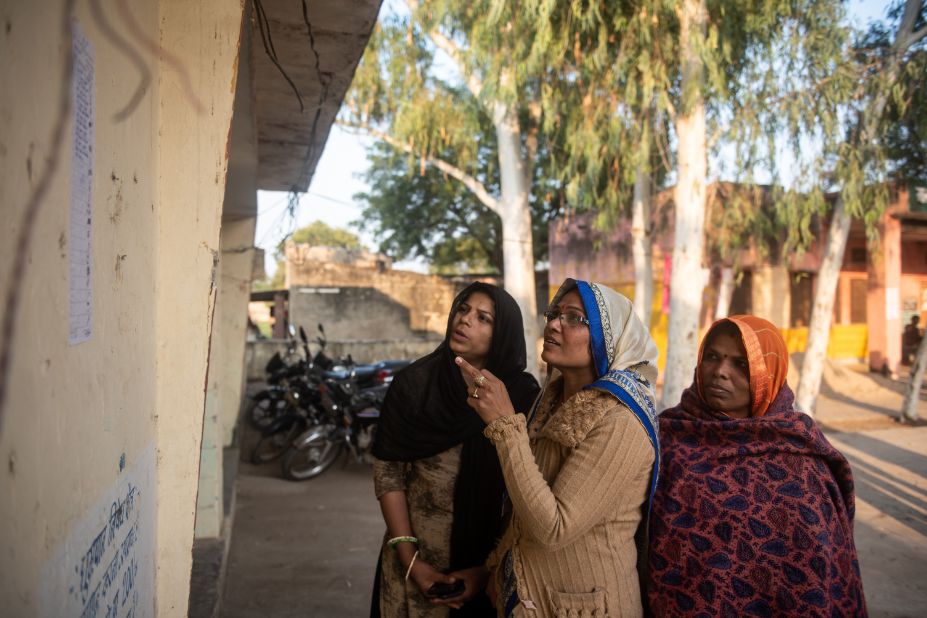 Khublata, along with some of the women from the SHG, waits at the polling station for the allotment of the election symbol. She was allotted a balloon as her election symbol.

She had also garnered massive support from the SHG women, in particular, who convinced her to contest the panchayat elections.

“It brought in a significant push to my decision to run for office,” Khublata said. “I am standing because they are standing right next to me. As much as the women back me, I stand behind each one of them.”

“She is very approachable, and her demeanour is sweet,” said Sampati Devi, 50, who has worked closely with and has known Khublata for five years now.

“Her presence was enough to get support from other women in the group, and they agreed to join the campaign. They believed that Khublata worked for them, for their rights, which would take the community ahead,” she added. 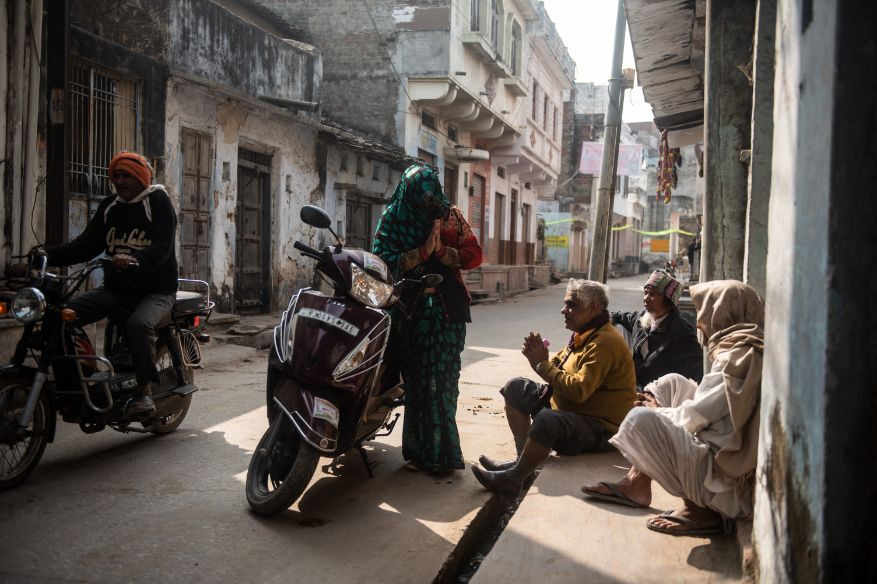 Every morning, for six days, Khublata would hop on to her scooter, greeting and meeting village residents on her way to campaign.

Khublata and her entourage of women once hired an auto-rickshaw to travel for canvassing in a neighbouring village during the campaign trail. While it was a regular practice for all the candidates to campaign with their women supporters, her group exuded a palpable energy. 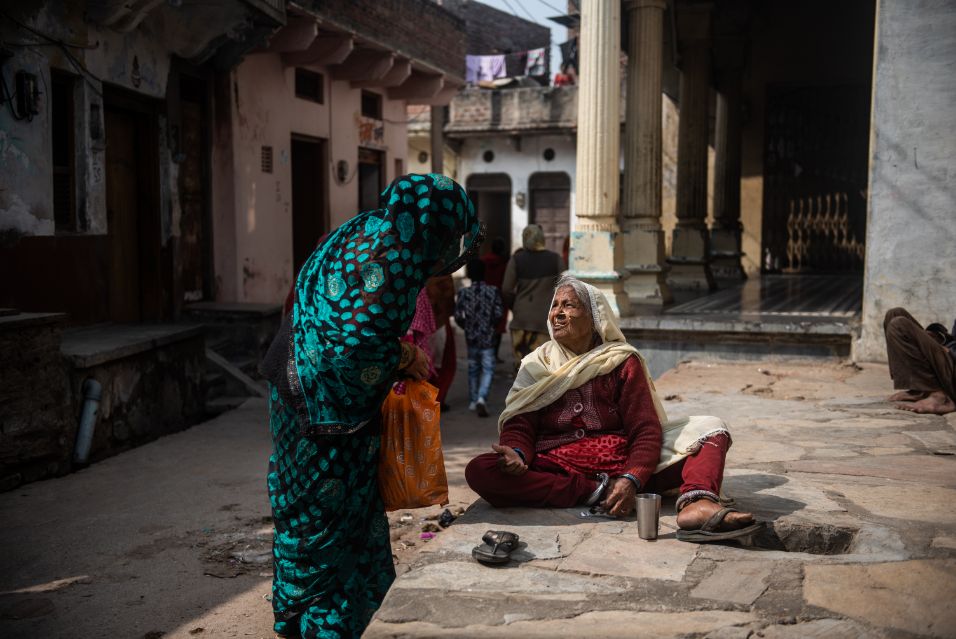 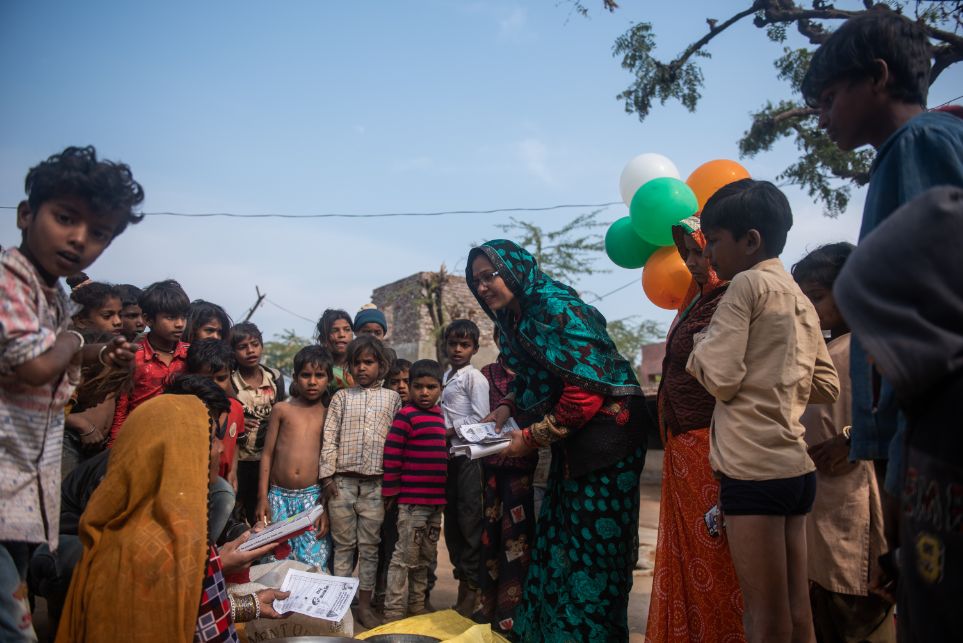 Khublata campaigned in the neighbouring villages. She patiently listened to people’s needs and concerns and shared her plans to make things better.

Despite the unconditional support, Khublata’s campaign was not one without challenges. The third woman to be contesting the elections from her community, she became an instant threat to Premlata, the other woman candidate, whose father-in-law was an influential man with a significant clout in the community.

Khublata was pressured to withdraw her candidature. “They offered a bribe, and when that did not work, they threatened to kidnap me.”

But Khublata did not budge. “I have worked hard and consistently for women’s empowerment. Come storm or rain, the work at the SHGs did not stop. Sometimes even late at night, I have asked my husband to take me to the office because there was a lot to do.”

Violence against women in elections is an ubiquitous and unfortunate reality because those responsible are met with impunity when any demand for redress is made. 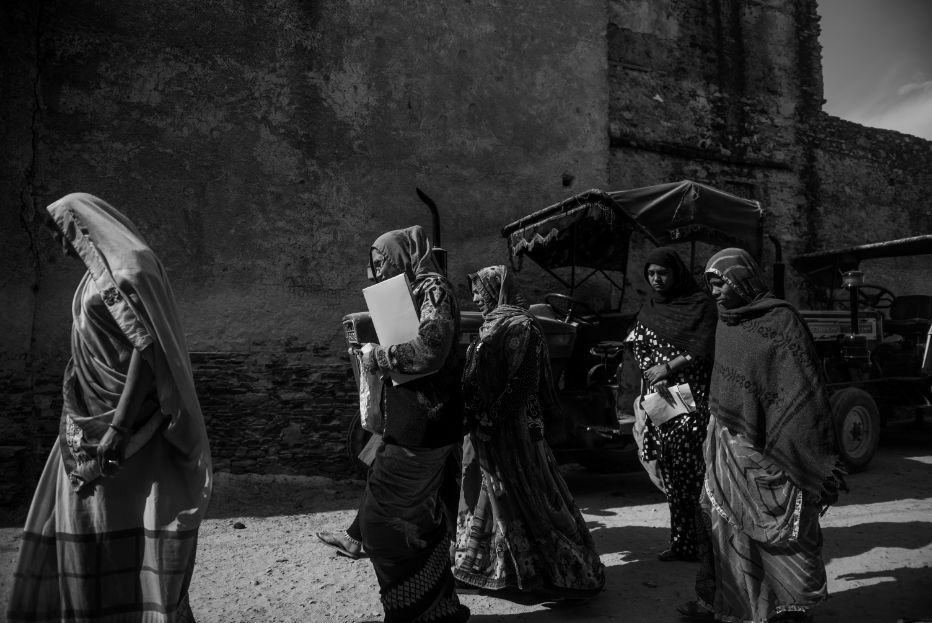 Khublata was determined to complete her campaign despite opposition and intimidation from the opposing candidate.

Khublata’s husband, Babulal Regar (36), was a constant source of support throughout the campaign. “I have seen her steadfast commitment towards the upliftment of the underprivileged, and if she wins, she will get a chance to continue that work. She always had my full support.” 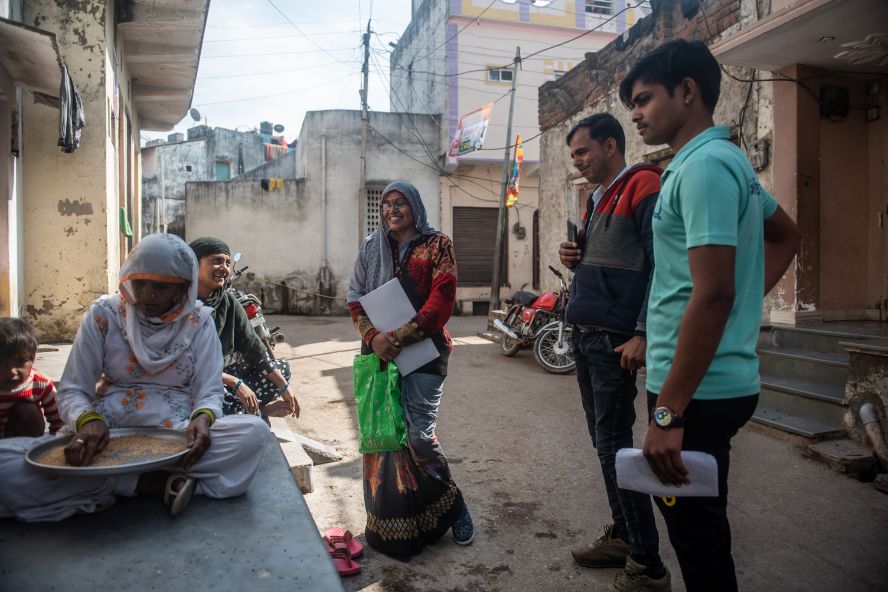 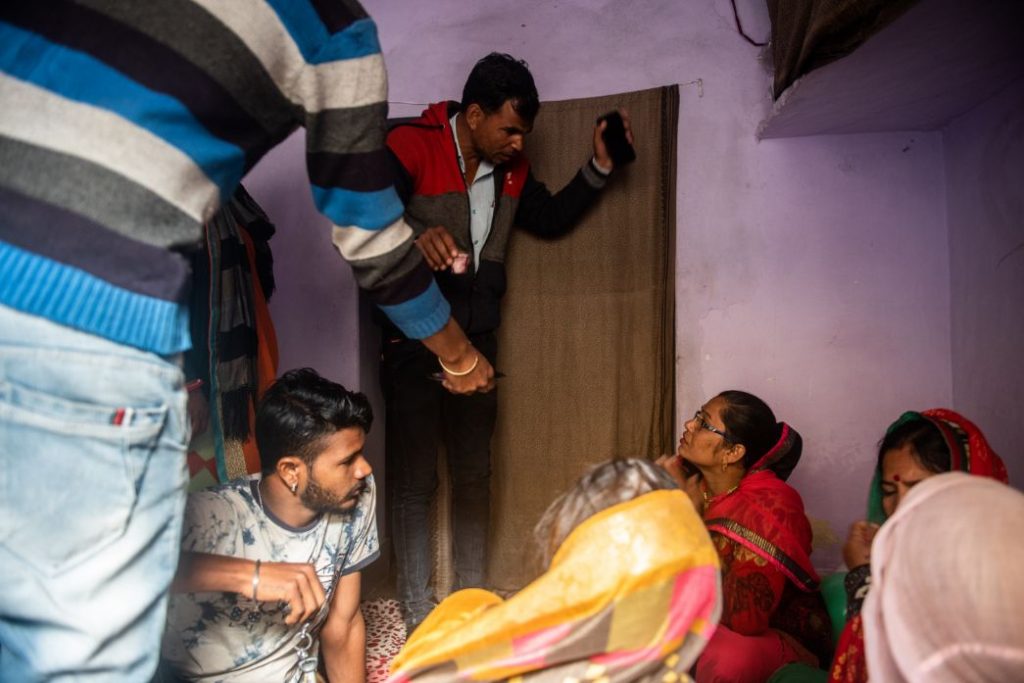 Khublata and Babulal go around the villages, meeting people and asking them to vote in the gram panchayat elections.

From joining her on the road to meet people from neighbouring villages to taking up the responsibility of domestic chores including cooking for their son and daughter, Babulal spared no effort to make Khublata’s campaign a roaring success.

When asked about the perception of other men in the village, Babulal quickly dismissed the thought by saying, “my household is equally my responsibility.” 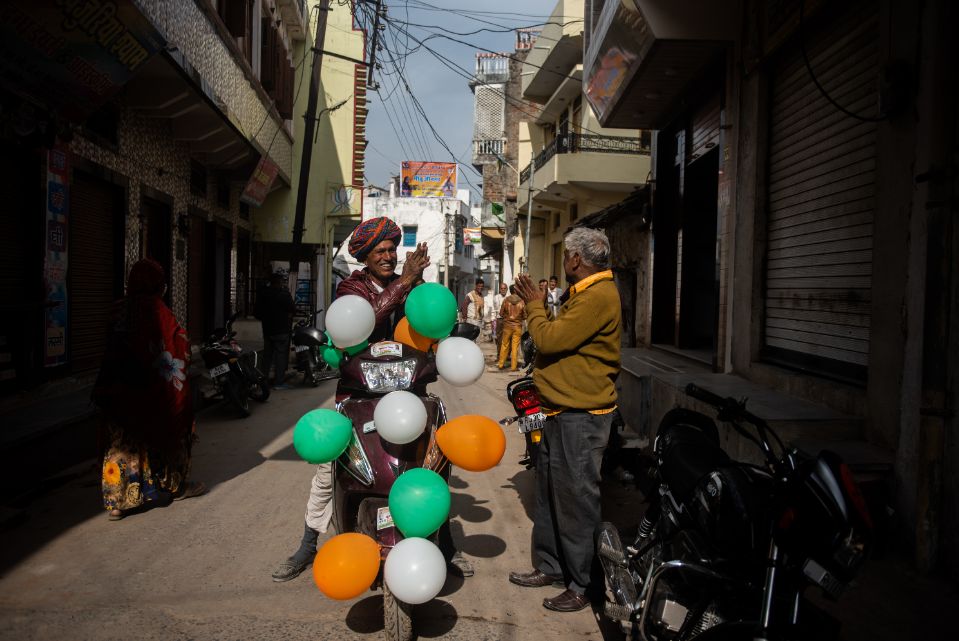 Lahrulal Regar (65), Khublata’s father-in-law, believes in the equality of men and women. “I am an educated man, I have had a job, so has my son, and so has Khublata. We are slowly trying to rise above regressive mentalities that consider women less than men.”

As a leader, Khublata’s experience goes back to her days as a national-level hockey player. “I played centre-half — the most crucial position on a hockey field.”

She also represented her school in five tournaments and was awarded the best player in a state-level quarterfinal match.

It was this experience in leading a team that, she believed, had come to her aid in strategising or delegating campaign responsibilities to different women in her team.

“All our women have one desire – we work for ourselves, for our upliftment. Which is why it is so important that women step out and stand in the panchayat elections,” she said. 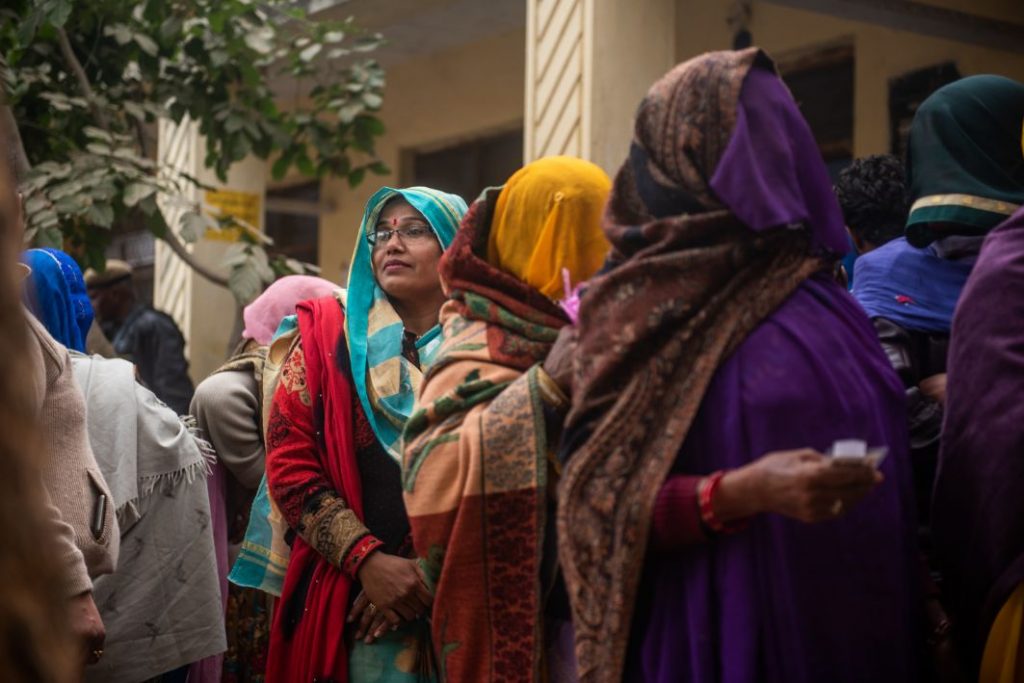 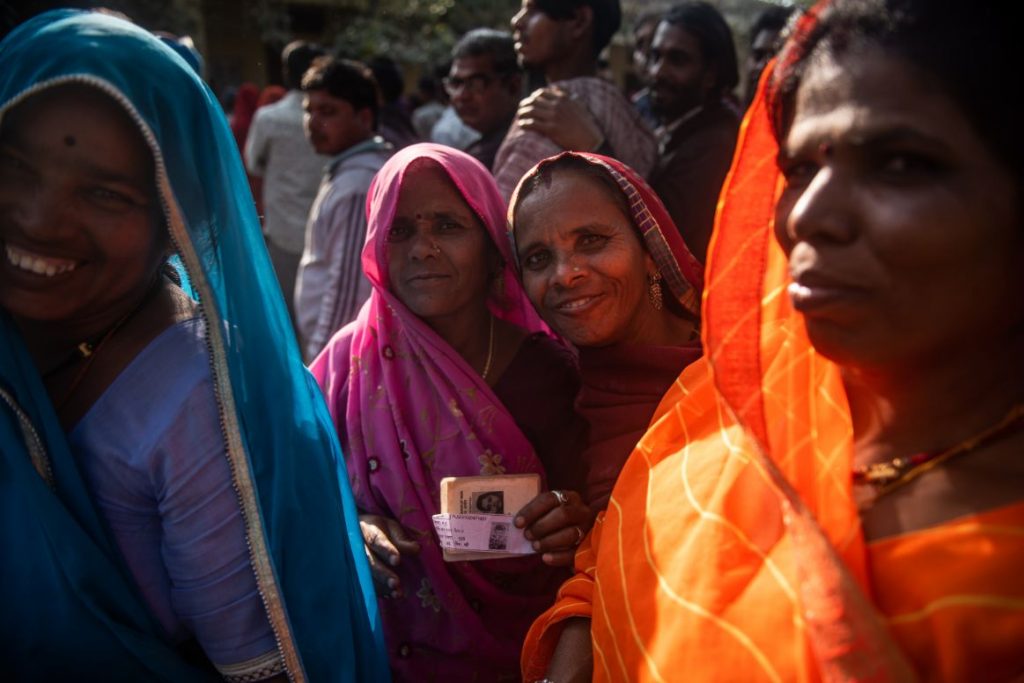 The elections did not end in Khublata’s favour – her vote share was less than Premlata’s winning margin.

“Even if I don’t win, I will try and convince the family of the winning candidate to let her do her own work,” Khublata said, referring to the general practice of women standing as proxy candidates for the patriarch of the family who continues to wield power.

“With continuous work, women can rid themselves of the fear. If she needs help, then (I will) support her. We all learn from each other.”

Khublata was not fazed by her electoral defeat and rejoined the RGAVP to resume her work at the SHGs. She alleged that Premlata’s father-in-law called the organisation and raised objections about her work with the SHG. However after contesting the elections amidst such a hostile environment, she found in herself a new found courage.

“No matter what allegations are made against me in public, I can face any question, any challenge, because I know the truth.”

[In 2020, THP India undertook an elaborate photo project of visualising women’s representation and participation in local governance. We began with a documentation of the electoral process in the gram panchayat (village council) elections in Rajasthan, walking alongside three women candidates on their respective campaign trails. And it culminated in Karnataka in 2021, where we conversed with three newly elected women representatives in village councils embarking on new leadership journeys. The six-part series includes profiles of women candidates and elected women representatives refusing to bow down to the status quo. The work is currently on display at the Museum of Ethnography, Stockholm, Sweden.] 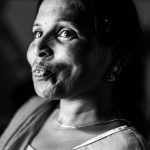 “I will stand by them, fight for their rights”: One Dalit Woman Panchayat Leader’s Fight For Social Justice

For Lokamma (30), a Dalit woman leader,  who won her seat in Hokarna Panchayat in… 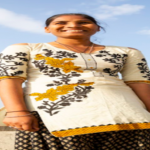 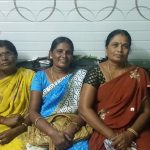