Women’s political participation remains abysmally low in the Lok Sabha- the directly elected House of the Parliament as well as state legislative assemblies. The current Lok Sabha has 14% women members of parliament-the highest ever proportion of women elected since 1951, when the first elections were held in independent India.

59 years after the first Lok Sabha elections, half the population is  still systemically excluded from political participation, representation and decision-making.  What do the numbers tell us about women’s representation in Lok Sabha over the years?

Increase in Women MPs since the first Lok Sabha

The first Lok Sabha in 1951 had 22 women MPs. The current Lok Sabha has 78. In the span of 59 years and 17 Lok Sabha elections it amounts to a three- fold increase in the number of women MPs that made their way to the lower house of the parliament. From 5% in 1951, women MPs constitute 14% of the Lok Sabha today.

From 1991 onwards to the present Lok Sabha, the rise in women’s representation has been constant albeit disproportionate to their population. The 1991 figures show a jump from 5% in the previous Lok Sabha to 7% and the steady increase from thereon (except for 2004). It would be interesting to understand the factors for this watershed year and continuous rise and also the fall in numbers during 2004.

The average representation of women MPs( 14%) is higher than the national average of women MLAs in state assemblies, which stands at a dismal 9%. While the numbers have increased over the years, the percentage of women that make up the Lok Sabha even today is not a figure to be proud of, especially when the ideal number should be at 33% at least. We still have a long way to go.

Women contestants in elections to the Lok Sabha

Central to the question of women’s representation in Lok Sabha is the appetite for women to take the political plunge and jump into the fray along with and against male candidates, getting tickets from their respective parties to contest elections and finally winning the seats that they contest.

While popular perception is that few women are willing to or have taken the political plunge, the number of women contestants tell an interesting story.

Success rate of Women Vs Men

Women have had a greater success rate than men in every single election except the last general elections in 2019. In some years, the difference has been quite stark. In 1971, the success rate for men was 18%, whereas it was 34% for women, which is twice that of men.

While numbers point towards a broad but important trend, it is fair not to be carried away by absolute conclusions, but to slice the data further and look at more granular data to establish causal relationships. While looking at women contestants currently, it would be fruitful to look at constituency level granularity of data to understand the profiles of women being given tickets within the context of entrenched patriarchal systems. What is the percentage of women who win come from political families and already nurtured constituencies as opposed to self-made women politicians?

Global Map of Women in Parliament

India, with 14% women in the Lok Sabha, ranks a dismal 142 among all the countries in the world according to data from the Inter Parliamentary Union, an international organization of Parliaments.

Rwanda, which has 61% women, followed by Cuba with 53% women rank among the world’s best countries for women’s representation to the lower houses of the Parliament. Only 24 countries in the world have more than 40% women in the lower house of the parliament.

[ This article was first published in Factly. Republished with latest data updates] 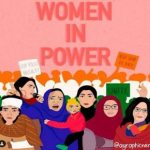 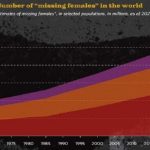 Only 810 girl children are born per 1000 boys in urban Uttarakhand. In rural areas,…