The Budget session was the first session of the newly constituted 17th Lok Sabha, where 78 women-14.3% of the total MPs- were elected after the General Elections in May 2019. In the Rajya Sabha, which met for its 249th session, women MPs constitute only 10.9% of the house.

Here, we present a detailed data driven analysis of the performance and participation of women MPs in the recently concluded Budget Session.

Supriya Sule (Nationalist Congress Party) from Baramati (Maharashtra) asked the most number of questions, followed by Dr. Heena Gavit ( Bharatiya Janata Party) from Nandurbar (Maharashtra) among all the 543 MPs in Lok Sabha during the Budget Session. They sought replies for 110 and 106 questions respectively. Among the top 100 MPs who asked most questions, 10 were women, according to our analysis from data from PRS Legislative, an organisation that tracks the Parliament of India.

Women MPs asked 17% of the total questions during the Budget Session of the Lok Sabha. Of these, 16.2% of  Starred questions (Oral questions) and 17.4% of Unstarred Questions were raised by women.

Women MPs of the Rajya Sabha asked fewer questions than their counterparts in Lok Sabha. 12% questions in the Upper House were asked by women, which included 12.5% of Unstarred and 8% of Starred questions respectively.

Women MPs asked most questions from Health and Agriculture ministries

Women MPs from both Houses sought most replies from the Ministry of Health and Family welfare and Agriculture and Farmers’ Welfare. Human Resource Development, Railways, Labour and Employment, Commerce and Industry and Law and Justice were other top ministries that women MPs sought answers from, in the Lok Sabha.

In the Rajya Sabha, Home Affairs, Civil Aviation and Environment, Forests and Climate Change are the ministries where women MPs sought the highest answers.

In both Houses of the Parliament, debates on The Protection of Children from Sexual Offences (Amendment) Bill, 2019 (POCSO) and The Muslim Women (Protection of Rights on Marriage) Bill were among the Bills that saw a high proportion of participation of women MPs among the speakers.

The Muslim Women (Protection of Rights on Marriage) Bill makes all declaration of Talaq illegal and a cognizable offence.

Supriya Sule, once again, participated in the most number of debates in Lok Sabha followed by Rekha Verma of the BJP.

In the Rajya Sabha, The National Institute of Design (Amendment) Bill, 2019, Repealing and Amending Bill, The Consumer Protection Bill, 2019 and  The Code on Wages were other legislations that saw most participation of women MPs. 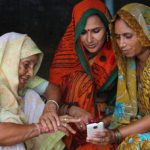